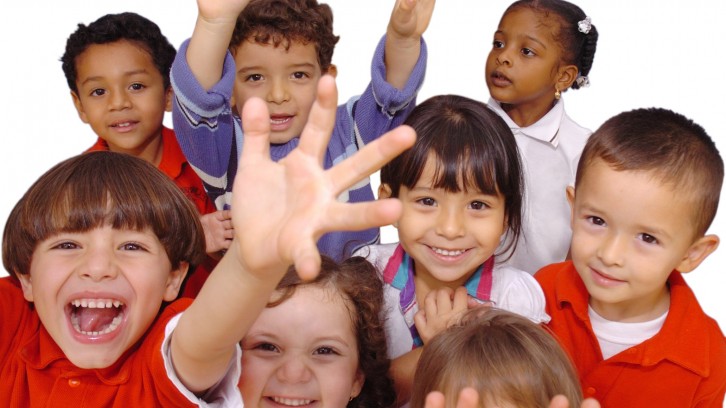 That is the question.

This question that came to my mind when I came across the following article on my newsfeed.

6 Reasons to Have 6 Kids | Julie Cole

I know this article comes from the Huffington Post, and this may have been written in a satirical manner, but it struck a chord with me.

From my point of view, it is quite irresponsible to be having many children, if you are not prepared. That goes financially, emotionally, and mentally.

After spending 4 years in the Philippines, a third-world country that is rife with poverty and overpopulation, I have seen the effects of having too many kids. The overall view in the Philippines is that the more kids that parents have, the more help and money can be gained in the long-run. Usually, these kids in poverty-stricken areas are used to beg, sell cheap goods (e.g. cigarettes, packs of gum, etc.) and then bring home money to support the family. It is my strong opinion that having more kids is both financially irresponsible and also leaves a deep environmental footprint, both of which are not good things.

Let’s go to point 1 of Cole’s analysis: It’s Cheaper. Is it really? The main point she puts across is that you “get more bang out of your buck” and that “children are as expensive as you make them.” You can re-use the clothes and other items for the new kids that the older kids used! She brushes off the costs of college as something that can be paid for with summer jobs, student loans and her savings account. No matter how you play it, unless you’re a millionaire, it is hard enough to pay for one child to go to college. Can you imagine having to support six just for their education? That is just not financially feasible for many parents, even if you think that the kids can fend for themselves. With college costs going up every year, it is harder and harder to find jobs that can pay for college education, and most likely your kids will end up in the hole that is student debt which they will be reeling from for the next few decades of their lives (assuming they will have standard jobs that pay not much more than minimum wage). And as for the materials to raise a child–do not think that you can just reuse your old things for your children. To think that “children are as expensive as you make them” is very illogical thinking. Every child needs to be raised and despite hand-me-downs will also need their food, education and medical expenses taken care of. Costs DO NOT LESSEN as you have more children. They INCREASE.

Point 2: You have nice kids. Cole points out that “spoiling kids in large families is nearly impossible.” Yes, that may be true, but then again it raises a point. Can you give ample attention to all of your kids, the more you have? The answer is quite frankly no. Do the kids become more independent? Yes and no. They can but usually it is because they have no choice and their parents do not have the time to devote to them to help them with everyday tasks. They may not because they may be relying on their siblings for help. Older kids, in my experience, tend to be more independent than younger ones. That is because the older kids usually help raising the younger kids. Or they may not. It all depends on what values were taught to the kids at a young age. That requires time. The more kids you have, the less time you can devote to your kids as you go along. No matter how good a parent you are, the more kids you have the less time you’ll have to devote to each one. That means less attention and quite frankly the more kids you have, the older you’ll get and the more tired you’ll be trying to take care of everyone. Oh, and not all big families have nice children. I know quite many families with more than five kids that do not know how to get along with other children and can barely get along with each other. Fighting over limited toys and time of the parents usually leads to this. Some kids do not want to help the other kids since they will not get enough attention. Some kids even act worse because this is the case and use it to their advantage so that parents will pay more attention to them. The older ones will have to take care of the younger ones and sometimes that causes resentment. So who will win? The kids or the parents? Neither does.

As for point 3: You’re not sleeping anyway. I don’t think I have to say much about that except that that point is ABSOLUTELY ABSURD. So if you don’t sleep, have a social life or have time to your self you get used to it? It won’t get so much harder because the more kids you have, it won’t change “exponentially” the amount of sleep you’ll get or how hard it will be to raise them all. That’s like saying, “Oh well I’ll not eat again today because I’ve been anorexic for awhile and so I can stand to do it another day.” Less sleep equals less cognitive ability to actually DO things, much less DO THEM WELL. The more you drain yourself of essential things in life like sleep, interacting with people breaks, the less time your body has to recover and reboot. Stress becomes paramount in your life and you cannot expect to do things well consistently.

Point 4: You have a built-in entertainment system. Hmm… maybe temporarily. Until one sibling decides to take the other’s toy and won’t give it back to them. Or that the kids don’t get along with each other and rely on you solely for attention. Like I’ve said before, kids need attention and more importantly supervision. No matter what they do you’ll always have to keep an eye on them. And the more kids you have, the less effectively you’ll be able to do that. Everything will be hunky-dory until a kid falls and injures themselves while they play amongst themselves in the basement when you’re not looking. You see, the difference between an entertainment system and a group of children is that I can turn off the entertainment system whenever I want to stop being entertained. Just push a button on the remote and voila, it’s off. Now I can rest or do something else. Is there an off switch with kids? Quite simply, no. And that poses a problem for reasons I’ve mentioned above.

Now on to Point 5: It makes them social. Now this point I kind of agree with. The more kids you’ll have in the family, the more they’ll have to interact with each other. Whether or not they get along with each other is a different story, but all-in-all they should be somewhat acclimated to at least not be as socially awkward in a group of many people. However, this is not always the case. I find that families with only one child have the most social children. Since they are the ONLY child, they are forced to get out in the world and make friends. They HAVE to become social, whether they like it or not. Those families with multiple children do not have to deal with that as they already are surrounded with other siblings, but in all honesty they are also the ones who are most likely to take that for granted. Depending on how they are raised also plays a major factor in how they are able to interact with others. But this isn’t such a bad point.

And lastly, Point 6: Guess who is not going into a retirement home! Hopefully not you with the big family. But then again it all depends on how you raise them. Coming from an Asian family I know that it is usually regarded as a responsibility for the children to take care of their parents. And that definitely means, NO NURSING HOME. We are required to take care of them when they get old, as it is now our responsibility to take care of them as they have taken care of us. That is regardless of financial or physical stability. But in American culture, that seems not to be the case. Whether or not you come from a big family, if the kids do not want to take care of you, you better pack your things. This also ties in to how much you are connected to your parents. But of course, the larger the family, the less attention they have probably given each other the children. That also means it is more likely for all of them to just leave the parents in a nursing home when they get old, because the emotional connection between them is just not as strong as it would’ve been if the parents had devoted more time to their nurturing.

Those that come from big, loving families may not understand. If you’re one of them, you’re one of the lucky ones. But I bet in a majority of large families, children do not get raised properly. They are shorted on attention, money, and materials. The more children a family has, the greater a chance that this is the case. Also, imagine the environmental mark you are making having that many children. The carbon footprint, the thousands of diapers that will stay in landfills even after your children have passed away. The impact on global warming due to more and more people is increasing.

Now, I am sure there is nothing better than the joy of having a family. Many mothers have expressed this to me. But think about the others around you and how you will be affecting them. Did you ever think that it is not only the children that you have to worry about, but the world that you will be giving them when you are gone? Think about the bigger picture and while your feeling of having a large family may be awesome, it will not take away from the fact that you will not be truly devoted to each one financially, attention-wise and time-wise. You will be overly stressed thinking about how to come up with the money to feed all those mouths and pay for their educational and medical expenses. Unless you’re a great planner with quite a hefty nest egg it will not be an easy task. But also consider the environmental impact having more children will have. From my experience I can tell you that the Philippines is quite overpopulated and it has affected the environment there horrendously. So much smoke and smog plague the cities there and the level of hygiene has really degraded in the time I was there. The more people that have more children without the right planning causes disastrous results due to the lack of resources available and the amount of emotional instability that occurs when too little time is spent nurturing each child.

So take that all into consideration when you are planning on how many kids to have. I guess the whole takeaway from this message is don’t have more kids than you are prepared to have. And consider the social and environmental ramifications of that decision. Just know what you are getting into first. And when I say know, I mean really research how much it will cost to raise your family and take a good look in the mirror and ask yourself if you are really ready to take on that responsibility. That is probably one of the first best steps that you can take as a parent.