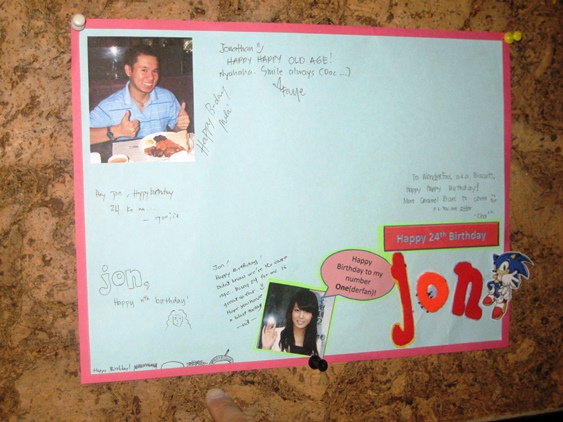 
So another year has come and gone. As the cliche goes, I’m another year older and another year wiser. I look back on the past year and realize that my birthday is just another regular day. I didn’t ask for much and really didn’t want people to make it a big deal since it was just another day, but in the end everything turned out nicely. Let me explain. 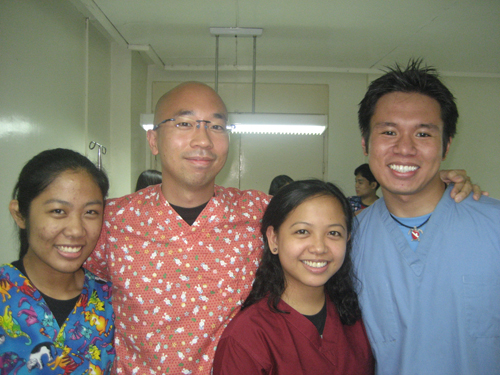 
Last Friday, was a pretty long day. I had a parasitology lab as well as my first surgery lab which was quite fun. I learned how to wrap surgical packs and organize my surgery tools! I was quite excited to bring my tool kit filled with things from Bambang (an area in Manila where there is a large contingency of medical supply stores). The trip to Bambang itself which we took the week before was hellish, mostly because we had to canvas all the stores we could, compare prices and then seek out those items. We also had to deal with about 13 other group mates in our batch who were doing the same thing, and with different lists of items people wanted we had a hard time sorting out things. But that’s over and done with and we started our first surgery lab last Friday. Although it was the first step in finally getting some training done for surgery, it was really fun. You’d think that wrapping items for surgery to put into sterilization isn’t fun, but when you’re as excited to get into an operating room gown as I am, then you’d understand. 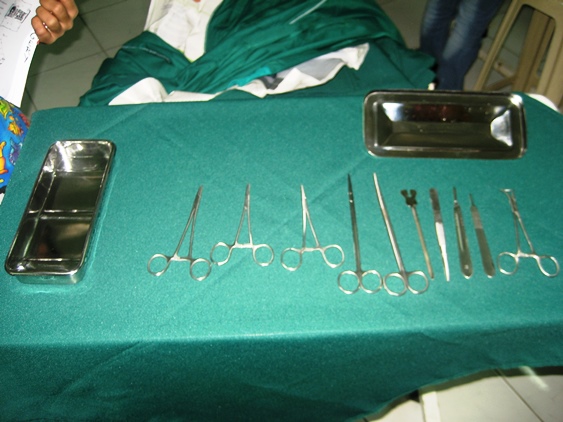 
Afterwards, I said good-bye to my friends, went home and then relaxed for a little. I started class that day at 9am and then came home around 6pm. I honestly was pooped, and just wanted some time to chill and reflect on the day of my birthday. But of course that didn’t happen. 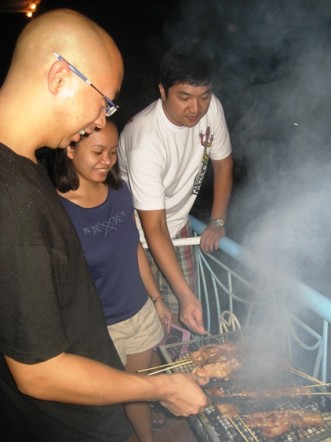 
My friend James crashed my place with a bag of marinated meat and told me to “Fire up the grill.” I asked him why, and he just told me to do it. He wouldn’t answer any of my questions and of course I knew he wanted to surprise me with a meal or something so I set up the grill on my balcony. After getting the charcoals started my friends Jae and Elma came in bringing in more food. Then I really started getting suspicious. They told me that they found the salad on the street and that they thought they’d stop by and share it. Yeah right, I thought. 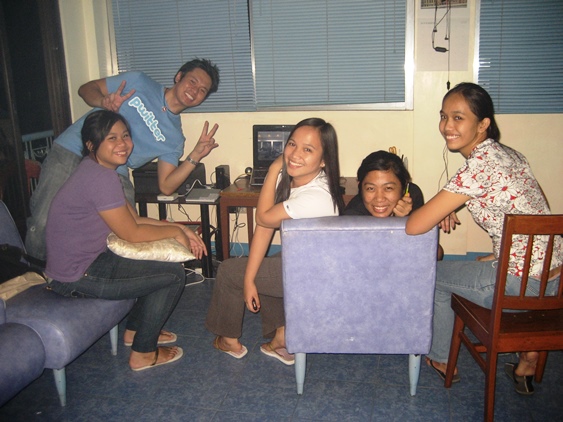 
Then just as I thought more friends started appearing. Some of my other friends, Faye, Belle, Cha, Riel and Pam showed up at my door. James started grilling outside on my balcony with Jae and the girls started helping to set up the rest of the food. They brought me a lot of yummy desserts including a black forest ice cream cake and a full brownie platter. After all the food was cooked and done, we watched “City Hunter” an old Jackie Chan film from 1993. Afterwards, they took me out for some drinks at a local cafe which had an awesome live guitarist. Riel and James ended up singing some duets with him and that ended my surprise birthday bash! 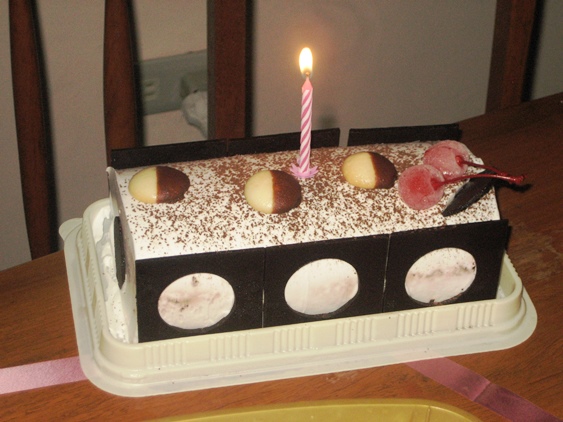 All in all I had a great time, so thanks to everyone who came out. I have to really say thanks to James for organizing the whole thing. I had a lot of fun!

I’ll be posting more about my week and my classes thus far in other posts. Right now I gotta take care of some other errands! Take care guys!