After writing my last post I was compelled to do more research on the subject. While watching the Nickelodeon series of Avatar: The Last Airbender I recognized a familiar voice, a voice of a Filipino-American actor who has been a somewhat famous Asian American star in the past. He is Dante Basco and was the voice of Prince Zuko in the cartoon series, the estranged Fire Nation prince. 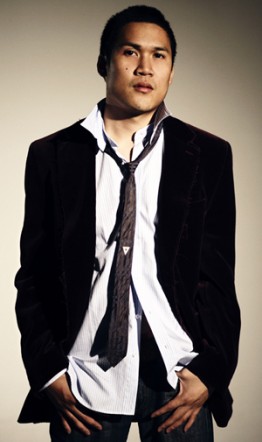 He had a lot to say about the “boycott” that is going on regarding the movie, and I agree with him on many points.

You can read everything he had to say here, but here are a few things that he said that struck me:

Should Hollywood be able to cast ‘white’ actors to play ‘ethnic’ roles?

Believe me, as an actor, it’s no easy answer. My first gut feeling is, the best actor should be cast for the job no matter race. But maybe that’s just an ideal that is unreal when it comes to making a movie, and making a big budget movie at that. See, my whole career is based on playing roles that were not written race specific, matter fact, if I had to wait for Hollywood to come along with a script for a Filipino American, I would have no career at all.

The fact of the matter is, in Hollywood it’s not fair. Its not fair at all, the tables are tipped unfavorably for ethnic actors. The percentage of roles for ethnic actors to white actors is something to the effect of: in 100 roles, there may be 12 roles for black actors, maybe 7 for latin actors and only maybe 2 for asian actors. And with stats like this, its a little distressing that when actual roles for Asians come in a big budget film, they don’t get cast.

See, we wonder why there are no real Asian stars in America, part of the reason is because of things that happen like this. Stars don’t just happen out of thin air, Hollywood helps make them. This was an opportunity to give the chance to some Asian kids to become stars for the future generation and we missed it. See, if you can get some Asian actors in the machine of Hollywood and they exist as a viable commodity, it can spark more projects that can support the voice and face of the Asian community and level the playing ground a little. But when we cant even land roles that were so clearly created as Asian roles, its a bit disheartening. At least Dev Patel got cast, even though, I wanted to play the role, originally they had Jesse McCartney cast to play Prince Zuko.

In this day and age, in America 2010 I just dont think it is at all viable for white actors to play ethnic roles, at least until they let us play white roles.

Guess those are some things to chew on while thinking about this issue coming from a Filipino American actor who has experienced something like this before.